A History of Dolls

Here at Forever Dolls, we are passionate about Dolls. We know how magical they can be in the lives of kids. Today, we wanted to share with you the fascinating history of dolls. From ancient Egypt to the French aristocracy – dolls have always played an important part in the human experience.

Ever Evolving Dolls
Anthropologists suspect that dolls have been used since the early days of humanity. Stones and wood was carved into human-like ﬁgures and both children and adults would play with these toys. This is no surprise to us, as we know the beneﬁts of dolls in developing social, intellectual and emotional intelligence. Who knows, maybe dolls were responsible for our evolution as species.

Ancient Dolls
The ﬁrst documented dolls which look something like what we know today, are the dolls of ancient Japan. The Hina, Daruma and Kokeshi dolls date back to 8000 BC and were an important part of Japanese culture. Used as lucky charms, religious icons and childhood toys, dolls have a long history in Japan. Ancient Egypt and Rome also had dolls for their children. Made from clay, wood, ivory or rags, these dolls were children’s playthings and were also used for educational purposes. Newly wed women would offer their dolls to goddesses as a sacriﬁce. Ancient Greek dolls had moveable limbs and were more life-like than any previous attempts. These dolls have been found in children’s graves and tombs, often dressed in dolls clothing.

European Dolls
Matryoshka dolls are Russian and are believed to be some of the earliest European dolls. They are hollow, wooden dolls which ﬁt inside each other. Not the most cuddly choice! Clay dolls were made in Germany and France in the 13th century. Later, these countries were some of the ﬁrst to create more detailed stuffed dolls.

The Rich and Famous
What had been a peasant’s toy became the choice for European aristocracy and royalty in the 17th Century. French and British doll-makers began to make more larger dolls which had real hair, detailed clothing and painted faces. In the Victorian Era, glass eyes changed form being brown to blue, inspired by Queen Victoria. This was the beginning of dolls as we know them today. However, not everyone could afford these luxury toys. Settlers and working class people invented alternatives for their children – dolls made from pegs, apples or corn husks began to appear around this time.

Forever Dolls
The history of dolls changed again when we came along! With a commitment to high quality materials and beautiful dolls, we are transforming the toy industry in Australia by allowing kids to design their own doll. We recognise the importance of dolls for development, fun and childhood memories and we want kids to stay kids for longer. We’ve come a long way from the stone carved dolls of yesteryear! 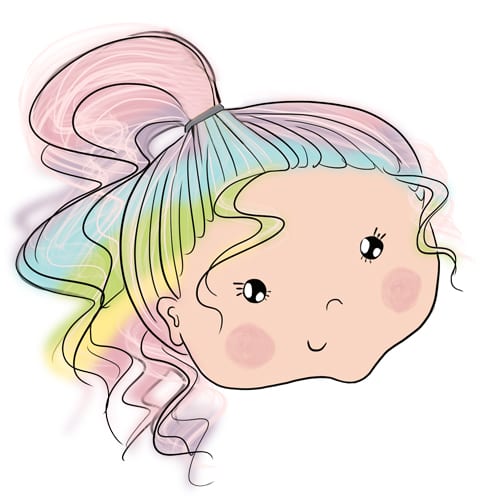